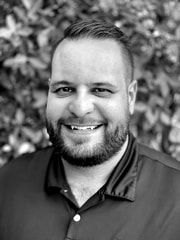 In September of 2020, I founded The P-56 Aviation Group, an aviation consulting firm focused on aviation education, public policy, and aviation partnership development. As part of the consultancy, I started The P-56 Aviation Podcast, which focuses on aviation policy and economics. With this effort, I also joined Integro Softwares as Vice President of Aviation Sales, helping a growing technology services company expand into the aviation space.

In my most recent role, I served as  the Manager of Partnerships and Outreach for Envoy Air, an American Airlines subsidiary in Dallas Texas. As part of this role, I oversaw the Envoy Cadet Program, which included 40 agreements with universities and flight schools around the US. Additionally, I was responsible for the company's K-12 aviation outreach and Diversity & Inclusion outreach for the Air Operations Recruiting department.

As part of my professional duties, I continue to remain involved in several industry associations and groups. I currently serve as the Secretary for the University Aviation Association, where I have also served on the Board of Trustees and as the Chair of the Flight Education Committee. As of January of 2020, I also serve as a Director and member of the Governance Committee for NGPA, the worldwide LGBT Aviation community. I am a past Chair of the Transportation Research Board's Young Member's Council-Aviation and serve as an appointed member of TRB's Standing Committee on Light Commercial and General Aviation as well as the Standing Committee on Aviation System Planning. I am also a member and volunteer for Women in Aviation International, the Organization of Black Aerospace Professionals, the National Business Aviation Association, and the Aircraft Owners and Pilots Association. 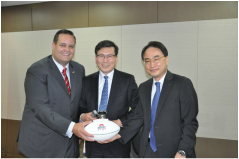 From 2011-2019, I worked as a Lecturer and the Industry Relations Coordinator for The Ohio State University Center for Aviation Studies in Columbus, OH. I was primarily found on campus most days teaching courses, including AVN 2000, Introduction to Aviation, AVN 3000, Aviation Management and Marketing, AVN 3200, Aviation Regulations, and AVN 3500, Airline Labor Relations. As the Center's Industry Relations Coordinator, I was primary point of contact for our industry partners--existing, new, and potential companies and organizations from across a wide spectrum of the aviation field. I've negotiated Pilot Cadet and Pilot Pipeline agreements with regional airlines, helped business aviation companies establish internship programs, and counseled hundreds of students in their aviation career searches. This was a part of the job I particularly enjoyed--seeing  students/future aviation professionals find their own paths to successful careers and partnering them with organizations that will foster life-long careers.

Outside of the aviation world at Ohio State, I served as a faculty mentor for OSU's Second Year Transformational Experience Program (STEP) and a faculty advisor for several student groups for The Ohio State University Hillel in addition to the OSU Oval Dogs club.

​From 2013-2016 I served as a Visiting Professor for the Korea Aerospace University International Summer Program in Seoul, South Korea. As part of the program, I deliver accelerated semester courses to an international audience of undergraduate and graduate students. Courses taught depend on the program's needs, and have included Airline Management, Aviation Safety & Security, Airline Labor Relations, and Aviation & Tourism. The program has included students from 20+ countries and 15+ universities around the world and also featured visits to Korean Air, the Incheon International Airport Corporation, as well as Korea Aerospace University's training facilities.

I am a 2008 graduate of the University of North Dakota's Honors Program with Professional Flight and Aviation Management minors and 2011 graduate of UND with a Master of Science degree in Education with an aviation cognate. As part of both degrees, I conducted research into aviation education curriculum development and developed an aviation education program for 6th-12th graders as part of my master's thesis. While in school, I worked as a dispatcher for UND Aerospace, completed a teaching field experience in a 9th Grade Physical Science classroom, interned for Cirrus Aircraft in Duluth, Minnesota, and even worked for a year as a part-time blackjack dealer. During my time in undergraduate and graduate studies, I served in various board and volunteer roles with CISV USA, an international peace education organization, and in several on-campus organizations including the Student Aviation Advisory Council and the Jewish Student Organization.

Born and raised in Denver, Colorado, I've since lived in Grand Forks, ND, Seoul, South Korea, Columbus, Ohio, and now Dallas, Texas. Outside of the aviation realm, I love exploring the local dining scene in Dallas, finding new and exciting ways to make a dog tired, and delving into new cookbooks and tinkering around in my kitchen.

A six year old Lab/German Shepherd mix named Piper is my partner in crime. She enjoys, in no particular order, tennis balls, chasing squirrels, Wendy's Vanilla Frosties, and mooching food from whoever is eating near her.